“Pontinhos, one of the few monk seal in the world, lives in Madeira and is still threatened” – SAPO News

Home » Noticias » “Pontinhos, one of the few monk seal in the world, lives in Madeira and is still threatened” – SAPO News 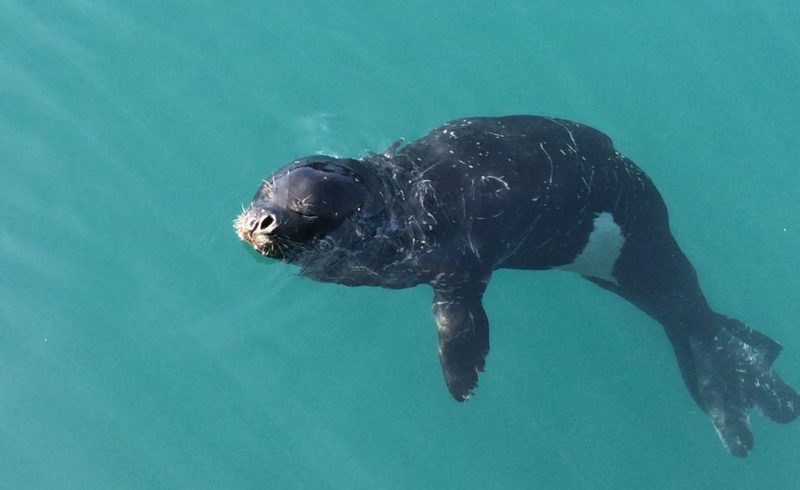 Just as the news portal SAPO was writing the story naming Pontinhos as ambassador for the monk seals of Madeira, news of his injury arrived.

On 1 July, a monk seal alert was issued in front of the Hotel Penha de França in Funchal, with an injury to the left front flipper. A wound that appeared to have been caused by some natural predator. However, the hypothesis of having been caused by a propeller should not be ruled out either, since Pontinhos has a habit of sleeping indifferently in fishing ports and marinas, floating precisely on the left side.

The SOS Vida Selvagem network was activated and, with the collaboration of GNR, it was guaranteed that the animal would not be disturbed. In contact with veterinarians with experience in this species from Spain and Hawaii, a work plan was defined. The priority is to guarantee the necessary conditions for Pontinhos to rest without being disturbed, the next step being to try to feed it and start introducing antibiotics into the food.

However, Pontinhos turned the tables, and if until July 3rd he looked for places to rest that we could locate, from that day on he was no longer seen. He may have looked for a more secluded place to rest and recover without the pressure he ended up under.

If you see a seal, avoid disturbing it and contact the IFCN, it could be Pontinhos!